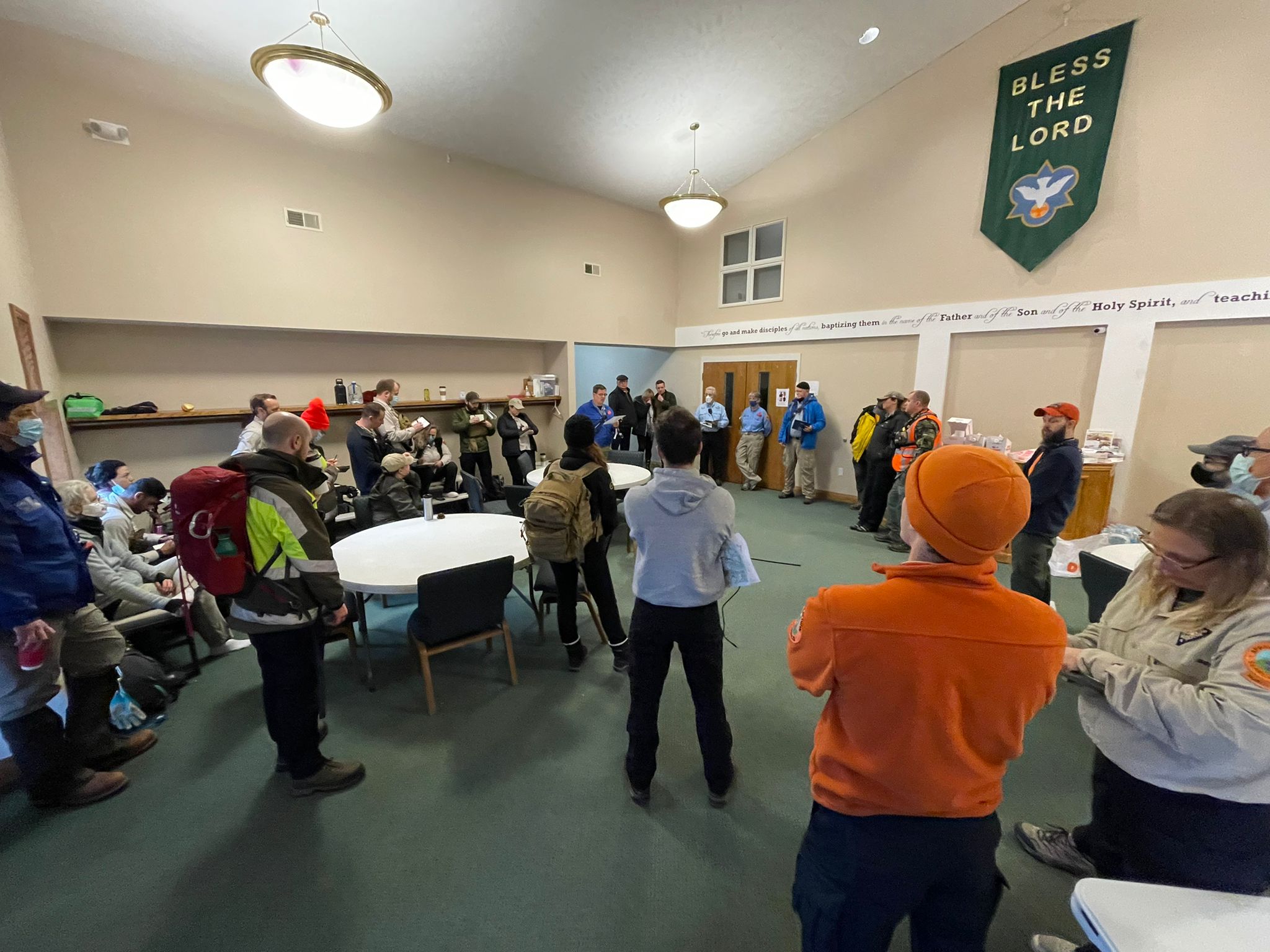 Search and rescue teams from five states gathered in Morgantown Saturday to assist with a search-and-rescue mission to find Bryn Hargreaves, 36, who has been missing from the Cheat Lake area since early January.

Over 70 trained search-and-rescue personnel came to assist with the search party, which was organized by Morgantown’s Mountaineer Area Rescue Group (MARG), including 12 canine search teams and several area volunteers. With temperatures in the 30s, 16 teams aided in the search, but found little information about what might have happened to Hargreaves.

Just after 9 a.m. Saturday, MARG Communications Officer Carl Wentz began briefing the group, which met at the Pierpont Church of the Nazarene on Harner Run Road. The church is near Hargreaves’ home at Whisper Creek Apartments on South Pierpont Road, his last known location.

Wentz provided the group with a description of Hargreaves, 6-foot-2, weighing around 220 pounds, with has a tattoo of a family crest on his right arm. The searchers were told to look for things like items of clothing, a JUUL e-cigarette Hargreaves may have been using, or containers of alcohol.

Hargreaves’ mother, Maria Andrews, could not hold back her tears as Wentz described her son, while his brother David stood by her side. The family recently traveled to West Virginia from England, hoping to find Hargreaves.

After the briefing, teams were assigned search areas, given radios and GPS devices, and told any specific tasks to be completed or information related to their search area.

Don Scelza, MARG search manager and operations safety officer for Saturday’s search, said a lot of planning goes into searches like this one. A larger search area is determined and then broken down into smaller areas that teams carefully search one-by-one.

“We have a very carefully planned out area we are going to search and are sending out teams to search those areas, ” Scelza said. “Each team goes out with a specific area to look at and kind of specific directions about how to do it.”

Scelza said they were ultimately looking at an area that centered around the church, due to its close proximity to Hargreaves’ apartment. He said when planning the search area, they look at things based on what lost people have statistically done in the past. The teams on Saturday searched areas surrounding the church in about a one-half-mile radius.

Deputies from the Monongalia County Sheriff’s Department, who are leading the investigation into Hargreaves’ disappearance, were also there to lend a hand and will investigate anything found during the search. Deputies provided escorts for teams assigned near roadways or other dangerous areas.

“Safety is the highest priority, nobody gets hurt on this job, ” Scelza said. “We want to make sure that everyone comes in fine and comes out fine.”

“A couple days ago would have been wonderful, ” Scelza said, referring to days that saw temperatures in the 50s. “Luckily enough the forecast isn’t for rain, which would just make it miserable.”

The cold slows people down, but Scelza said, they took that into account and the team leaders all know the signs and symptoms of hypothermia to watch the folks on their teams.

Throughout the day the teams were able to complete 30 tasks in the field during the operation. Scelza said that overall the operation ran very smoothly and there were a few things they would follow up on, but as of 4 p.m. nothing definitive had been discovered and only a few teams remained in the field.

Anyone with information about what might have happened to Hargreaves is encouraged to call the Monongalia County Sheriff’s Department at 304-291-7260 or leave a message on the department’s Facebook page. Alternatively, you can submit a tip (here). 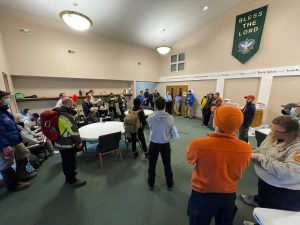 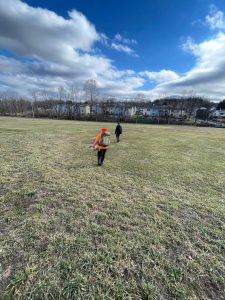 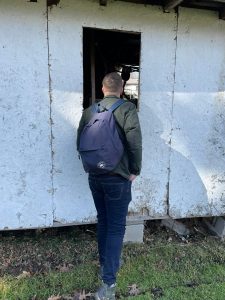 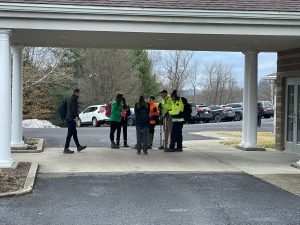 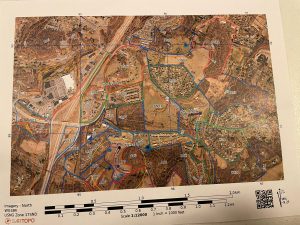 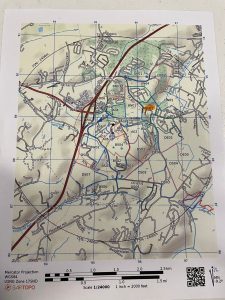 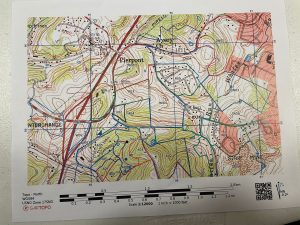